Uganda is more than just the primate capital of the world. 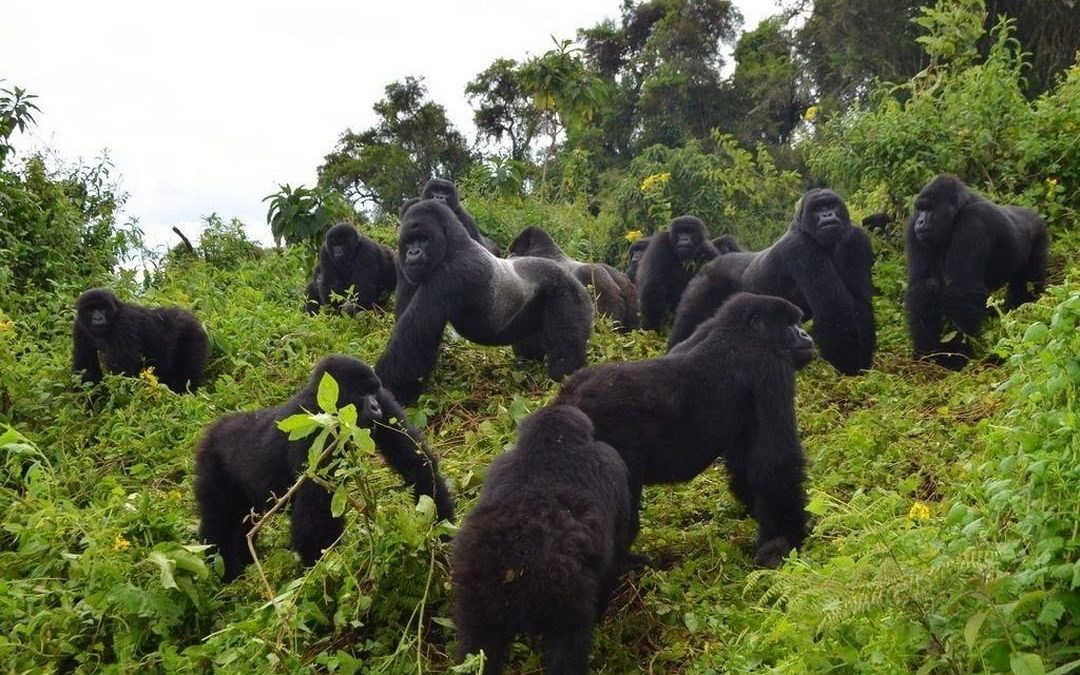 Uganda more than just the primate capital of the world.

Uganda is the home of Lake Victoria, the largest lake of Africa and the source of Nile River, the longest river, and some of the most luxurious islands. The beauty of Uganda is comprised of dense forests, spectacular mountains, Savannah, and beautiful beaches. Located in East Africa, Uganda is also has gained the popularity for its agricultural products such as cottons, tea and tobacco.

Uganda has unique wildlife diversity with mammals, primates and reptiles. Named as the Pearl of Africa, Uganda offers best safaris in large forest area including the national parks and wild reserves. The diverse flora and fauna with the dense greenery makes Uganda Safari Tours unique and worldwide famous.

If you have a plan to spend your vacation in Uganda Destinations, then let us give you a brief idea about all things that will help you.

If you have a priority to Gorilla and primates, then Bwindi Impenetrable National Park, Mgahinga National Park, and Kibale national park is the best place for your Uganda Safaris.

Bwindi Impenetrable National Park is famous for the Gorilla trekking and located in the south-western part of Uganda. It is the home for 100 mammals such as chimpanzees, Colobus Monkeys, primates and elephants with more than 400 gorillas. Known for the highest concentration of gorillas, this park is also famous for its richest mammals in Africa.

Located on the south-western part of Uganda, Mgahinga National Park has been a major attraction for Uganda Gorilla Safaris. There are three volcano in the national park are expands up to the Albertine Rift shares borders with DRC, Uganda and Rwanda. Gorilla tracking is the main activity in this park. Apart from these, other activities are golden monkey trekking, volcano climbing, etc, you can try.

Famous for Chimpanzee trekking, Kibale National Park has 60 species of mammals and more than 280 bird species. It is located in the western part of Uganda and most popular for its dense forest.

The biggest park of Uganda, Murchison National Park is located in the western part of Uganda. Filled up with crocodiles, hippos, and water-bucks, you can find Savannah grass land and woodland. Karuma Falls Wildlife Reserve is the main attraction in this park.

You can enjoy the trekking to Rwenzori Mountain for Margherita peak in this park. Located on the western part of Uganda, this park has 60 species of mammals with more than 200 bird species.

With 70 mammal species and more than 400 bird species, Kidepo Valley National Park is one of the most attractive parks with an attractive wilderness in a remote location.

Known as the smallest national park, Lake Mburo National Park harbors more than 300 bird species with zebras, Hyenas, Leopards and other species. For birding, this national park is the best place for Uganda Safari Tours.

Lying on the Mount Elgon, one of the tallest mountains in the Africa, Mt. Elgon National Park has more than 250 bird species with buffaloes, monkeys, etc. The unspoiled delightful beauty of this park can be seen only by climbing the Mount Elgon.

During your Uganda Safari And Tours, you are going to meet 13 species of primates with gorilla and chimpanzee.

Most Beautiful Waterfalls in Uganda

Situated on the foothills of Mt. Elgon, Sipi falls is the longest waterfall in Uganda. It offers abseiling, hiking, and rock climbing along its side.

Murchison falls is located in Murchison National park of Uganda and also lies in between Lake Kyoga and Lake Albert. With a powerful fall, it represents hippos, elephants, leopards and giraffes.

Located at the 6 km distance from Mbale town of eastern Uganda, Wanale falls offer a scenic view on the steep cliff walls. It is popular for the hiking and represents the ancient caves of Uganda

Located in Jinja city of Uganda, Itanda waterfall offers the most adventurous and thrilling experience to Kayakers and rafters. Following the instruction of tour guide is must as this is the dangerous place with a most wonderful view.

Located in Rukungiri district, this waterfalls is 400km distance from the Kampala. It drops from Nyakishenyi hills and falls in a dam where this water is used to generate electricity.

Located in the Bulambiri district of eastern Uganda, Sisiyi waterfall is 40km east of Mbale town. The plantation of coffee and banana alongside of the Sisiyi cliffs makes it a unique place.

The waterfall is located at Mabira Forest Camp and 10 km away from the Kampala Jinja highway. For Mabira forest camp you need to walk about 45 minutes through the rainforest.

Uganda Martyrs’ Shrine, at Namugongo, plays an important role in Ugandan catholic life. In the first decade of Christianity (1885 – 1887) in Uganda, 45 Baganda men were killed by the King of Baganda among which, 22 were catholic and 23 were Anglican. To honour the martyrs’ churches are built in the sites where the martyrs were killed.

The reason for martyr was their faith for Christianity as a choice, and their will against the imposition of Christianity.

As a famous tourist spot, Uganda Martyrs’ Shrine was established in between 1967 to 1975 on an ancient cathedral. The structure is like an African hut where it has 22 copper pillars with a height of 100 ft supporting the shrine. Inside of it, there is an arrangement for 1000 people to sit. There is also a lake for the martyrs.

The land on which shrine stands, is the land where 15 of 22 Martyrs were burnt alive for denying to accept Christianity. The martyrs’ day is celebrated in Uganda on 3rd June from the last 96 years. To honour the martyrs, the people walk barefooted for miles.

In the memory of Martyrs’ there is a Uganda Martyrs’ Museum established by the church of Uganda.

Kampala, the capital of Uganda is also the largest city of Uganda. Located in the central part of Uganda, the city was used to be the hunting area for Kabaka or King of Buganda kingdom. The name “Kampala” means “The hills of Impala” whereas “Kasozi” means “hill”, “Ke” means “of”, and “Impala” is the plural form of “Impala”. This is the place where the majority population of Impala were found. The seven hills with a great charming scenic view with the valleys and wetlands were the home for Impala species of antelopes.

During your Uganda Safaris and Tours, there are a lot of places in Kampala you should visit.

Lake Victoria with its beautiful beaches is situated on the heart of Kampala and known as the second fresh lake in world. This is the unique place with its rich flora and fauna. You can do many activities such as relaxing, swimming, chimpanzee trekking and fishing.

In Uganda Safaris, you can visit the Kasubi tombs, the burial place for the Buganda Kings and the other royals. It is located 3 km away from the centre of Kampala and recognized as a Heritage Site By UNESCO.

Made by King Ssuna, the 29th king of Buganda, for his mother, Wamala tombs are the resting place of King Ssuna.

Mengo palace is the former palace of king of Buganda kingdom and left by Kabaka or King Muessa II.

To know about the ancient and modern culture and tradition of Uganda, you have to visit Ndere culture centre, Bahai temple, and Owino market.

The geographical location of Uganda shows this is the best destination for all year around as the country is on the equator with an altitude of 1000m. June to September is the best time and dry season for Uganda Gorilla Safaris. You can also visit Uganda between late December and February. Visiting from March to May and October to November is not recommended due to highest rainfall.

Officially, there are two languages of Uganda. These are English and Luganda. The English language in Uganda sometime called as Uglish or Ugandan English.

The Swahili language was proposed to be the second language in 2005. But most of the people do not want to use it which makes Luganda as the second official language which has used by more than 4 million people.

Freka African Holidays was founded in 2015, We are providing safaris and tours for Uganda, Rwanda, Kenya, Tanzania, and DRC. The Uganda Safaris like Uganda Flying Safari, Uganda Luxury Safari, Uganda Adventure Safaris, Uganda Wildlife Safari And Gorilla Trekking Safaris In Uganda are available to give you a unique and most wonderful experience through our quality services and most comfortable accommodations.

Regarding any question or planning for Uganda Safari Tours, you can call us at anytime or email us in info@frekaafricanholidays.com

This site uses Akismet to reduce spam. Learn how your comment data is processed.