Bwindi has breathtaking  scenery with huge expanses of pristine forest, a number of spectacular waterfalls and fascinating river walks. The forest interestingly hides the chimpanzees, mountain elephants, a very rare group of bird species called the Albertine Rift Endemics and rare butterfly species, 10 of these only found in Uganda. Some of the monkeys that ay catch your eye include the guereza colobus, vervet monkey, blue / gentle monkey, l’hoest’s monkey and the red-tailed monkey.

Bwindi Impenetrable National Park, covering 32,092 ha, is one of the largest areas in East Africa which still has Afromontane lowland forest extending to well within the montane forest belt. Located on the eastern edge of the Albertine Rift Valley and believed to be a Pleistocene refugium, the property is a biodiversity hotspot with possibly the greatest number of tree species for its altitude in East Africa. It is also host to a rich fauna including a number of endemic butterflies and one of the richest mammalian assemblages in Africa. Home to almost half of the world’s mountain gorilla population, the property represents a conservation frontline as an isolated forest of outstanding biological richness surrounded by an agricultural landscape supporting one of the highest rural population densities in tropical Africa. Community benefits arising from the mountain gorilla and other ecotourism may be the only hope for the future conservation of this unique site based on UNESCO’s criterion of the forest. 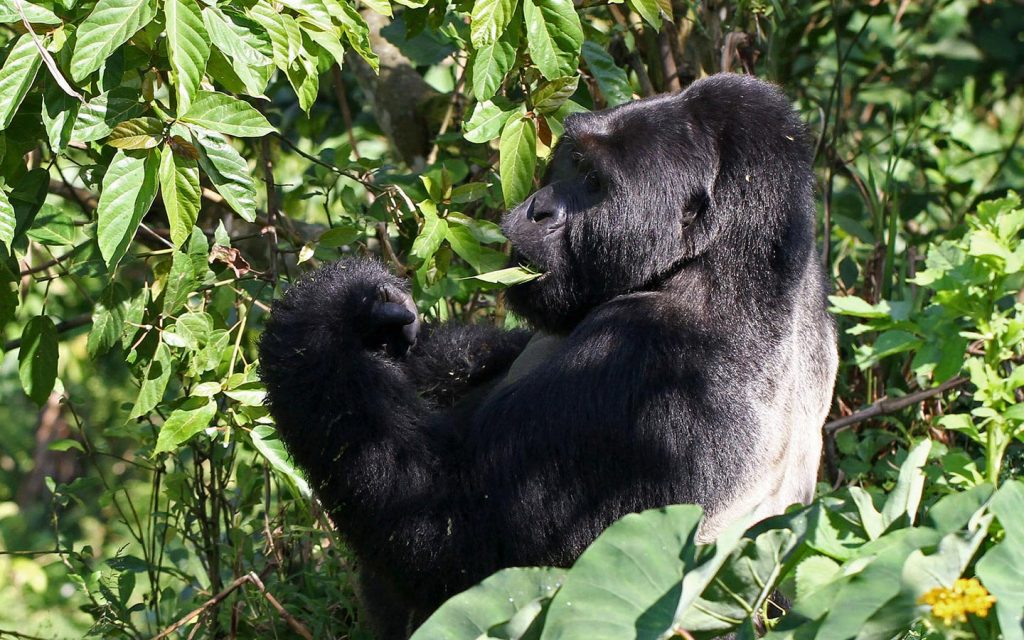 The Mountain Gorillas of Bwindi

Just like their name implies, mountain gorillas live in forests high in the mountains, at elevations of 8,000 to 13,000 feet. They have thicker fur, and more of it, compared to other great apes. The fur helps them to survive in a habitat where temperatures often drop below freezing. But as humans have moved more and more into the gorillas’ territory, the gorillas have been pushed farther up into the mountains for longer periods, forcing them to endure dangerous and sometimes deadly conditions.

What might have been a bleak outlook for the subspecies just a couple of decades ago has brightened in recent years due to conservation efforts. Despite ongoing civil conflict, poaching and an encroaching human population, both populations of mountain gorillas have increased in numbers to just above 1000 mountain gorillas and increasing. 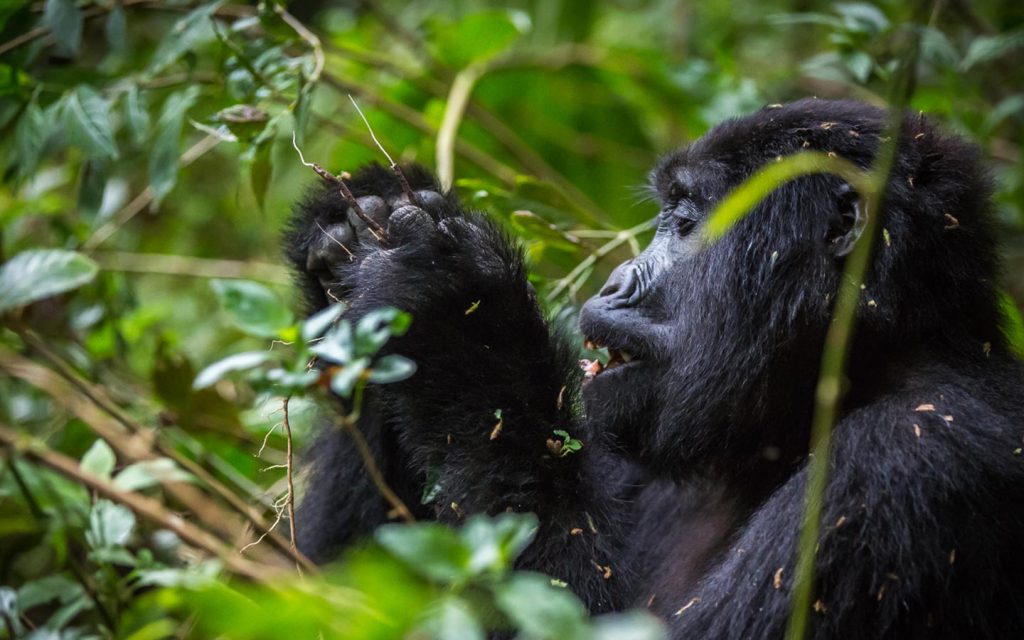 Sitting in the middle of the jungle in silence on the cold ground of a Ugandan forest for 60 minutes might be one of a traveller’s greatest life experience. Gorilla trekking in Bwindi Impenetrable Forest provides a rare opportunity to observe the everyday interactions of these gentle, mysterious primates.

Gorillas can climb trees, but are usually found on the ground in communities of up to 30 individuals. These troops are organized according to fascinating social structures. Troops are led by one dominant, older adult male, often called a silverback because of the swath of silver hair that adorns his otherwise dark fur. Troops also include several other young males, some females, and their offspring.

The leader organizes troop activities like eating, nesting in leaves, and moving about the group’s 0.75-to-16-square-mile home range.

Those who challenge this alpha male are apt to be cowed by impressive shows of physical power. He may stand upright, throw things, make aggressive charges, and pound his huge chest while barking out powerful hoots or unleashing a frightening roar. Despite these displays and the animals’ obvious physical power, gorillas are generally calm and nonaggressive unless they are disturbed.

In the thick forests of central and west Africa, troops find plentiful food for their vegetarian diet. They eat roots, shoots, fruit, wild celery, and tree bark and pulp.

Don’t miss this life’s greatest favours. Go see these creatures and you don’t have to worry about intricacies of planning. We have you back. Look through some of our favourite gorilla safari packages listed to get inspired or go directly to the enquiry page and get us to help you plan your gorilla safari.

Here’s when you can go see gorillas.

Bwindi Impenetrable Forest National Park is open for gorilla trekking all year long, but the best times to go are from June to August and December to February. At these times, the forest trails are drier and therefore less slippery. Also, your chance of a dry gorilla viewing experience is higher during these months. This might result in a better experience and photography will be easier. 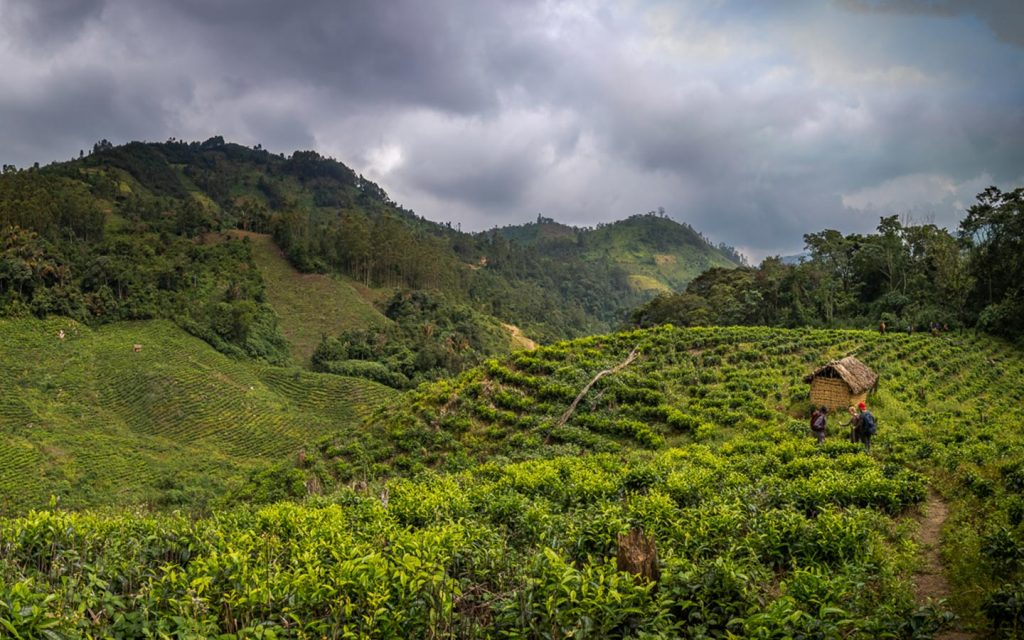 How To Get to Bwindi

If visited as part of a Ugandan tour, Bwindi can be reached from Queen Elizabeth NP (two to three hours), or from Lake Mburo NP (4-6 hours). If coming straight from Entebbe or Kampala, the trip by road will take about six to eight hours. During the rainy season, travel by 4WD vehicle is necessary. Bwindi can also be reached by scheduled or chartered flight.

Entebbe International Airport (EBB) is where most visitors enter the country. It is about 46km/29mi from the capital city of Kampala. It is possible to fly by domestic carrier from Entebbe or Kampala (Kajjansi Airfield) to Kihihi or Kisoro near Bwindi. Chartered flights to Bwindi can also be booked.

Bwindi Impenetrable Forest has some of the best country’s safari lodges in the outskirts of the rain forest. Powered with solar energy, lighting, clean water and some of the best Safari chef’s, here’s a list of our recommendations: