Murchison Falls National Park has Uganda’s most dramatic safari highlight that gives a complete representative picture of Uganda’s nature. It is part of the 530,800 ha (2,049 sq mi) Murchison Falls Conservation Area (MFCA), which also includes the Bugungu Wildlife and Karuma Wildlife Reserves. Originally gazetted as a game reserve in 1926, the area was declared national park in 1952, after becoming famous through the 1951 film “The African Queen” starring Humphrey Bogart, a picture that was filmed on Lake Albert and the Nile in what is now part of the park. With its 384,000 ha (1,480 sq mi), it is Uganda’s largest and one of its oldest national parks. 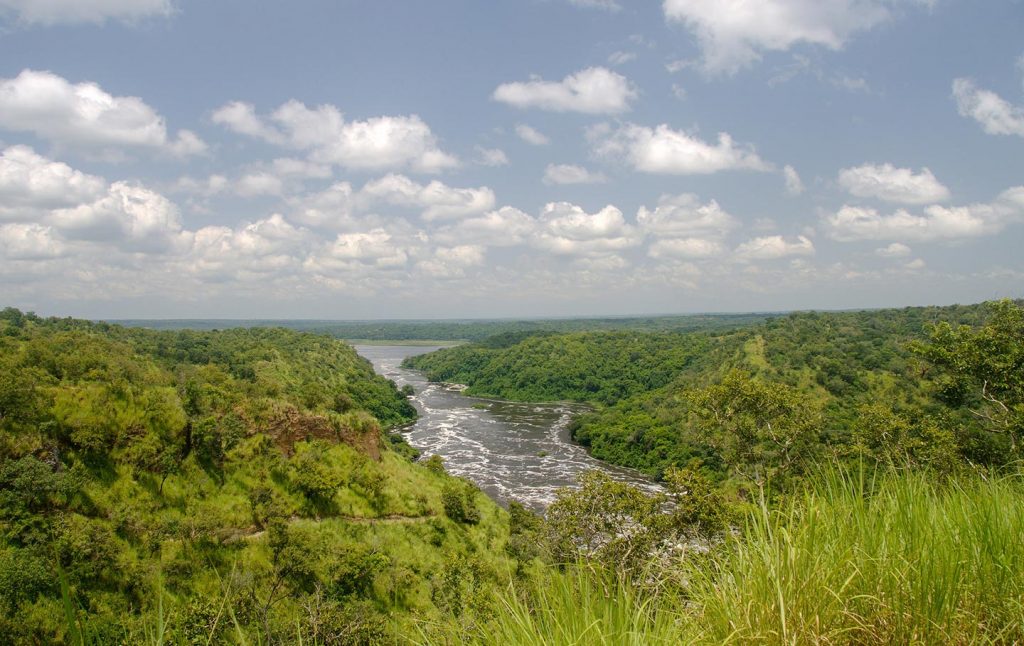 The Victoria Nile runs over a distance of 115km through the park and squeezes through an 8m wide gorge before plunging into the “Devil’s Cauldron” 43 meters below, showcasing its famous rainbow. This here is a scenery that leaves every visitor served. Before the falls, the Nile runs through 80 kilometers of shallow water and rapids, to calm down to a wide quiet river uthat pours out into Lake Albert. A boat cruise upriver to view Murchison Falls at the head of the Fajao Gorge has been the park’s most popular attraction since the 1950s. The banks of Nile are filled with wildlife, which you’ll see from a whole another perspective.

North of Murchison Falls National Park lies the northern end of the Albertine Rift Valley, where the Bunyoro escarpment tumbles into mainly savanna plains dominated by Borassus palms and Acacia trees, while the south consists of woodland and forest dry forests; parts of the river are lined by gallery forest while other parts contain extended marshes.

The Murchison Falls and Uhuru Falls or also known as the Kabarega Falls, are twin waterfalls on the course of the White Nile, that flows across Uganda’s northern region from the vast Lake Victoria to the deep Lake Kyoga as it continues to Lake Albert within the western arm of the great East African Rift.

Murchison Falls national park supports four of the famous Africa Big Five animals (Lion, Elephant, Rhino, Leopard and Buffalo); not the Rhino which can only be found in Ziwa Rhino sanctuary a few miles on the way to the park. Buffalo and elephant are particularly common. There is a very healthy population of lions that like to prey on the abundant Uganda kob. Other antelope found here are oribi, Jackson’s hartebeest, grey duiker and bushbuck. Hyena is present but rare, and zebra is absent. The Victoria Nile is a magnet for wildlife, and it teems with crocodile and hippo. Chimpanzee can be tracked in neighboring Budongo Forest.

Large herds of the localized Rothschild’s giraffe are found in the park. Apart from Kidepo Valley and Lake Mburo, Murchison Falls is the only park where giraffes are found in Uganda. The rare Patas monkey can sometimes be spotted on the grassy plains. 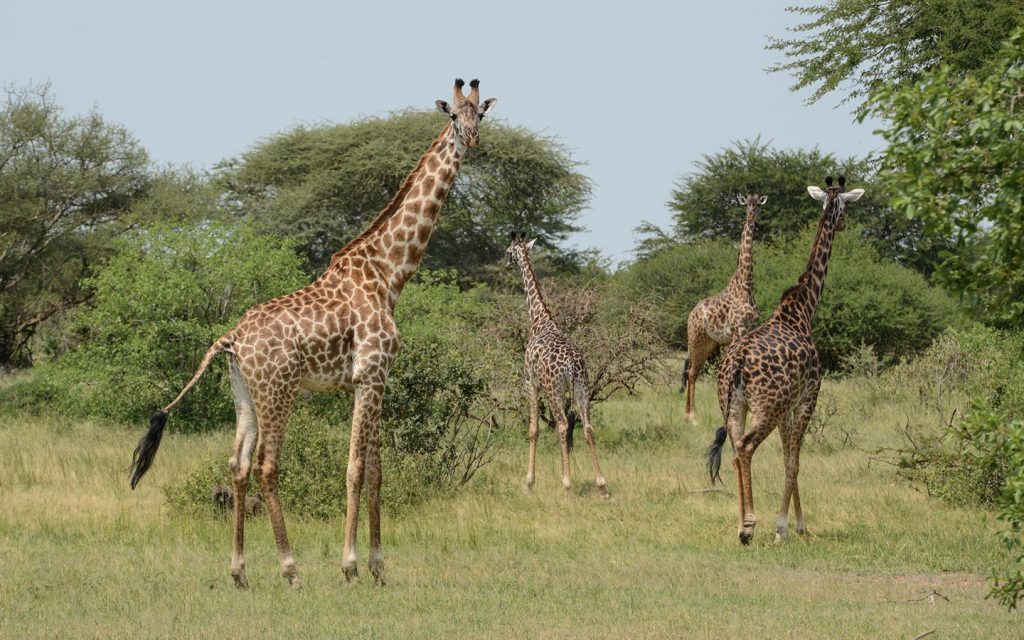 Murchison Falls National Park is one of the best places in Africa to find the prehistoric-looking shoebill stork. Sightings of this sought-after bird are almost guaranteed on a boat trip on the Victoria Nile towards the Lake Albert delta. This boat trip towards Murchison Falls is great for checking off many water-associated birds. With 53 species recorded and raptors also very well represented. The park’s impressive checklist contains more than 450 species in total. The Migratory birds are present from November to April. 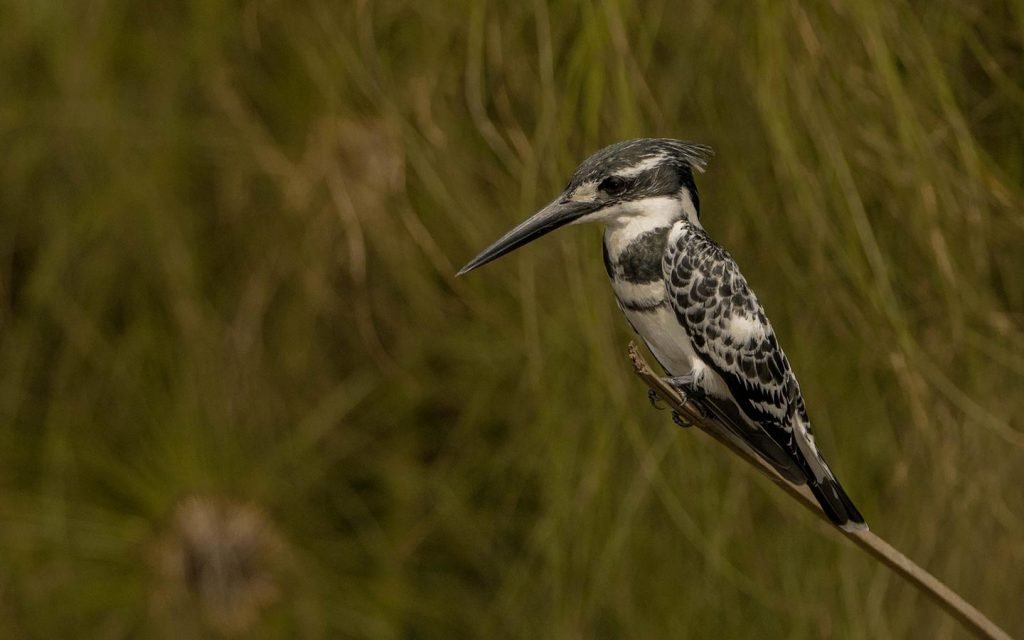 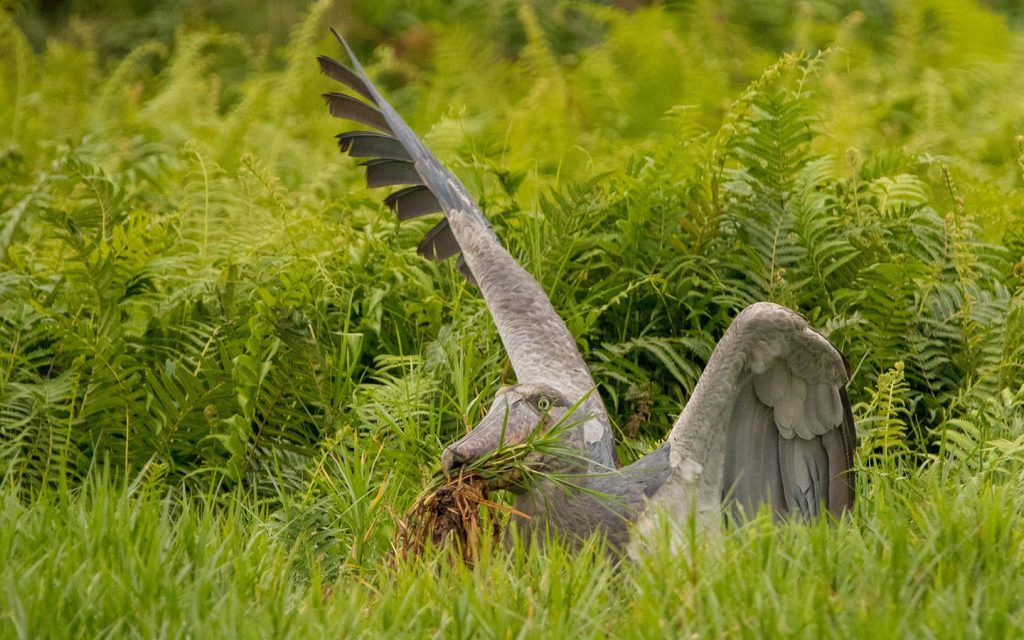 Murchison Falls National Park can be visited throughout the year, but the best time for wildlife viewing is the Dry season (from December to February) when animals congregate around the Victoria Nile and other reliable water sources. 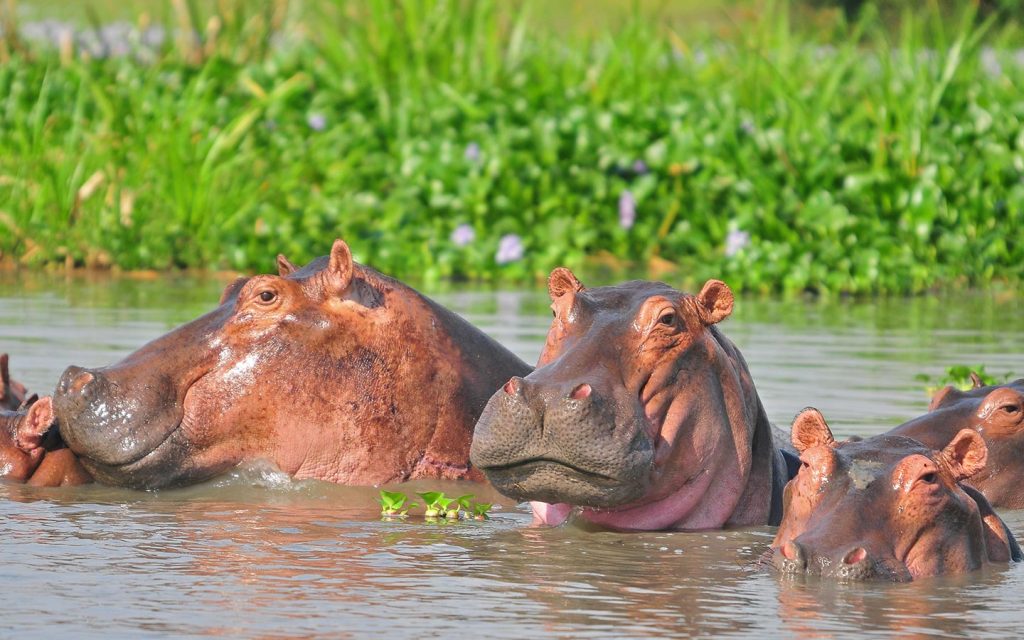